Here it is - The official BalCCon2k14 T-shirt design! 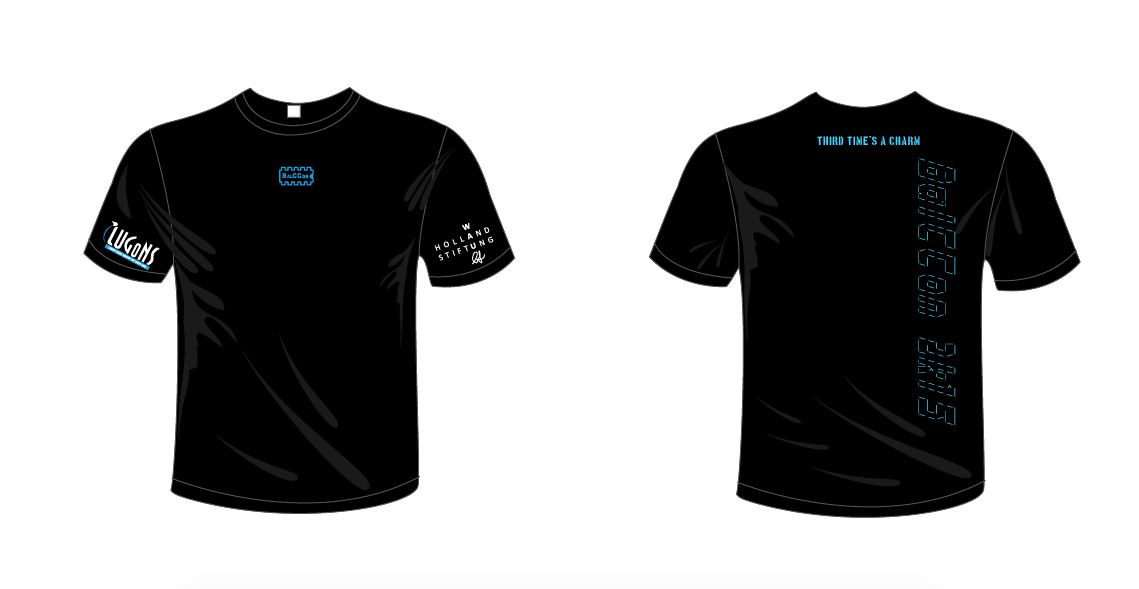 On BalCCon2k15 we want to put also focus on groups meeting and discussing topics. For many groups it was hard to find a decent home base to discuss ideas and get new folks interested in their community. For interested hackers it became harder to find someone to talk to, as everyone was wandering around.

We have a solution for that: "Hackerspace" on BalCCon. We want to capture the camp's spirit in semi-open assemblies called "Hackerspace" ;)

So, if you are a group of hackers who like to work and hang out together, bring your toys, work on projects, have fun and let others participate in what you’re doing!

How to reserve space

Be aware: Only Assemblies that were added until 06st September will get an own place!

So we bring our projects and set up workshops and so on?

Yes, sharing your knowledge and showing other participants about your projects is central for everything going on at the congress. If people in your Assembly want to offer workshops or maybe lectures on a small scale, maybe there’ll be enough space for you to integrate a workshop area into your Assembly. For bigger workshops there will be workshop room.

Great, we will bring ALL THE THINGS!

Be aware that the space is limited. But assemblies are invited to bring their toys and also to decorate their spot on the Congress – as long as everything you bring with you does not block exit paths and is not inflammable. These two requirements are important, and if your installations don’t fulfil them, we’ll be forced to remove them.

Yes, we will do some workshops!

If you would like to have small-scale workshops in your Assembly, tell us what you’re planning and for how many people. Please be as specific as possible. We will probably not allocate extra workshop space for your Assembly, if you haven’t published something like a schedule on your Assembly page. For now it will be sufficient to list topics and speakers, later we’d like to see a timetable as well.

How about a projector for our area?

We will not provide projectors, canvas or anything apart from chairs and tables, but probably you’ve got those anyway.

You can buy or pre-order tickets on the following link:

We'll also sell tickets on site. Just show up at BalCCon2k15 and buy a ticket on the cash desk. More info about Tickets you can find on Tickets.